Particle physics huh? I’ve been studying physics for 10 years and I’m still blown away by particle physics .Figuring out how the world works when you can see the thing you’re studying with the naked eye is already hard. Seeing what’s happening on the cellular level, or a thousand times smaller, and actually being able to learn about how things like bacteria operate is also wild, but with microscopes we can still see them. We’re even able to see things as small as dna and viruses… but that’s still much larger than atoms. Once you get to the atomic scale, you’re trying to look at things that are smaller than the wavelength of most light. So how are you supposed to see that stuff? Well, particle physics looks at things EVEN SMALLER than that. If you are about 2 meters tall, then to write down the size of the sub-atomic stuff i’m thinking of on paper, you’d start with that 2 and write somewhere between 18 and 14 zeroes in front of that 2. So how the heck are you supposed to observe that stuff? Well, the Large Hadron Collider was built to do just that. You may remember from the news, that’s the experiment that is basically a 27-km long loop below switzerland. Scientists fire high energy beams around this loop with the goal of smashing particles to pieces and catching glimpses of what they’re made of before the pieces disappear. It was super expensive to build, is super expensive to operate, and produces TONS of data that scientists around the world all study.

The Large Hadron Collider is made up of a bunch of different experiments run by different international collaborations, but it’s all happening on the 27-km loop. All of these experiments are attached to the loop, but at different locations around the loop. This requires a ton of oversight and collaboration between experiments, and to facilitate this, the collider basically needs a governing body to keep everything working smoothly. It’s almost like its own country or something, built within this 27-km loop (about 8.5 km diameter). Actually, it kind of reminds me of Vatican City in a lot of ways. Except about 8 times wider. But the point here, is that being able to run experiments that study the things that make up atoms requires this enormously connected world of collaboration. The science blows me away, and so does the politics. 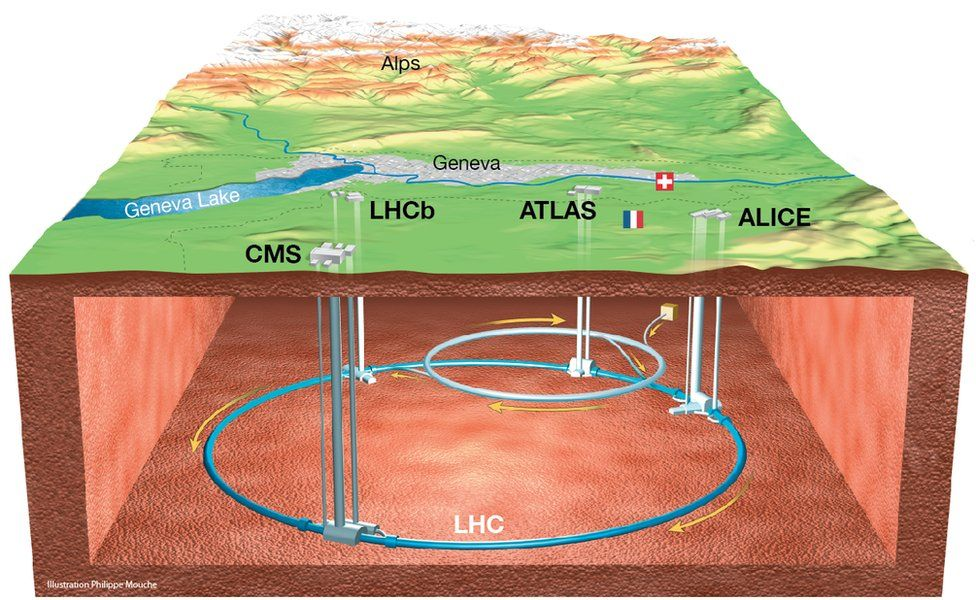 So why am I telling you all this? Well, today our guest on the AlmaMAC is a Carlton grad student via McMaster who works on this big loop. Ben Davis Purcell is an ex-McMaster student, graduating with a MSC in physics from the same lab I am currently in. Now he works with a group out of Carlton with ties to the Large Hadron Collider. This week I talk to him about looking at the smallest things in the universe and being a part of perhaps the biggest scientific collaboration in the universe. Stay tuned.

Adam Fortais is a PhD candidate studying the physics of soft matter at McMaster University in Hamilton, Canada. When he is not squishing things in the lab he likes to write, make art, and sing karaoke. View all posts by Adam Fortais